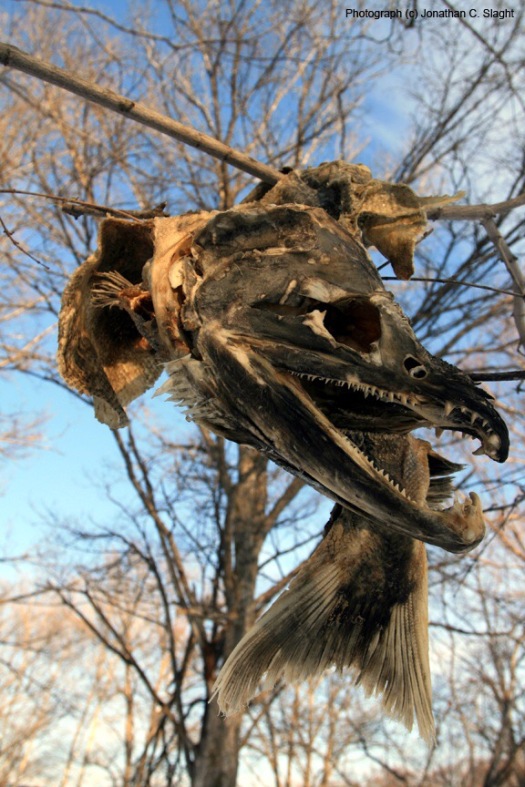 It was the depths of winter in the southern Russian Far East, and I was making my way through the soft whiteness and open forest towards the Avvakumovka River on a morning hike. I stumbled over an unseen obstacle along the way; a log I assumed, but when I looked down was taken aback. There was a frozen salmon peeking out of the snow. I stared at it curiously. I was at least half a mile from the river: why had I just kicked a salmon? I continued on.

When I reached the river I understood. There were countless fish carcasses visible in the patches of open water; the remnants of a massive keta salmon run that had ascended the Avvakumovka River the autumn prior. And there were eagles everywhere: mostly white-tailed sea eagles, but also Steller’s sea eagles and the occasional golden eagle. They fought like siblings over the salmon carcasses: one bird would rise into the air with a dead fish, and three more would chase it. Occasionally a salmon was lost in the struggle, spiraling earthward and snagging in the fingers of forest canopy before reaching the ground.

By the end of that morning hike I had discovered a total of three salmon carcasses hanging from the trees; rags of bone twitching in the breeze.